Kythnos island: The jewel of the Western Cyclades

Kythnos, located in the western part of the Cyclades, is one of the loveliest islands of the Aegean Sea. Kythnos island is easily accessible by ferries that depart from Piraeus and Lavrion. Although small in size, it is known to be one of the best places in Greece for relaxing holidays.

The island has two main settlements: Chora and Driopida. Kythnos’ architecture, on the whole, is the typical Cycladic architecture with white houses that have flat roofs and narrow alleys. Kythnos’ roads, in some areas, are a bit too winding and using a vehicle might not be the best idea.

This small island has a great history; at Maroulas, there is a Mesolithic settlement that traces back to 9,000-8,000 A.D. The most notable archaeological findings of this settlements are human skeletons along with tools made of stones.

“The castle of Thermia” or “the castle of Orias” is situated on the north side of the island. Until the 18th century, the capital of Kythnos was located there. Note that this castle was partially destroyed by the Ottoman Turks during the Ottoman Occupation. There were about one hundred churches around this area, but nowadays there are only two: the church of “Keraleousa” and the church of “Agia Trada”. The beautiful church of “Agia Triada” is probably the oldest church on the island. 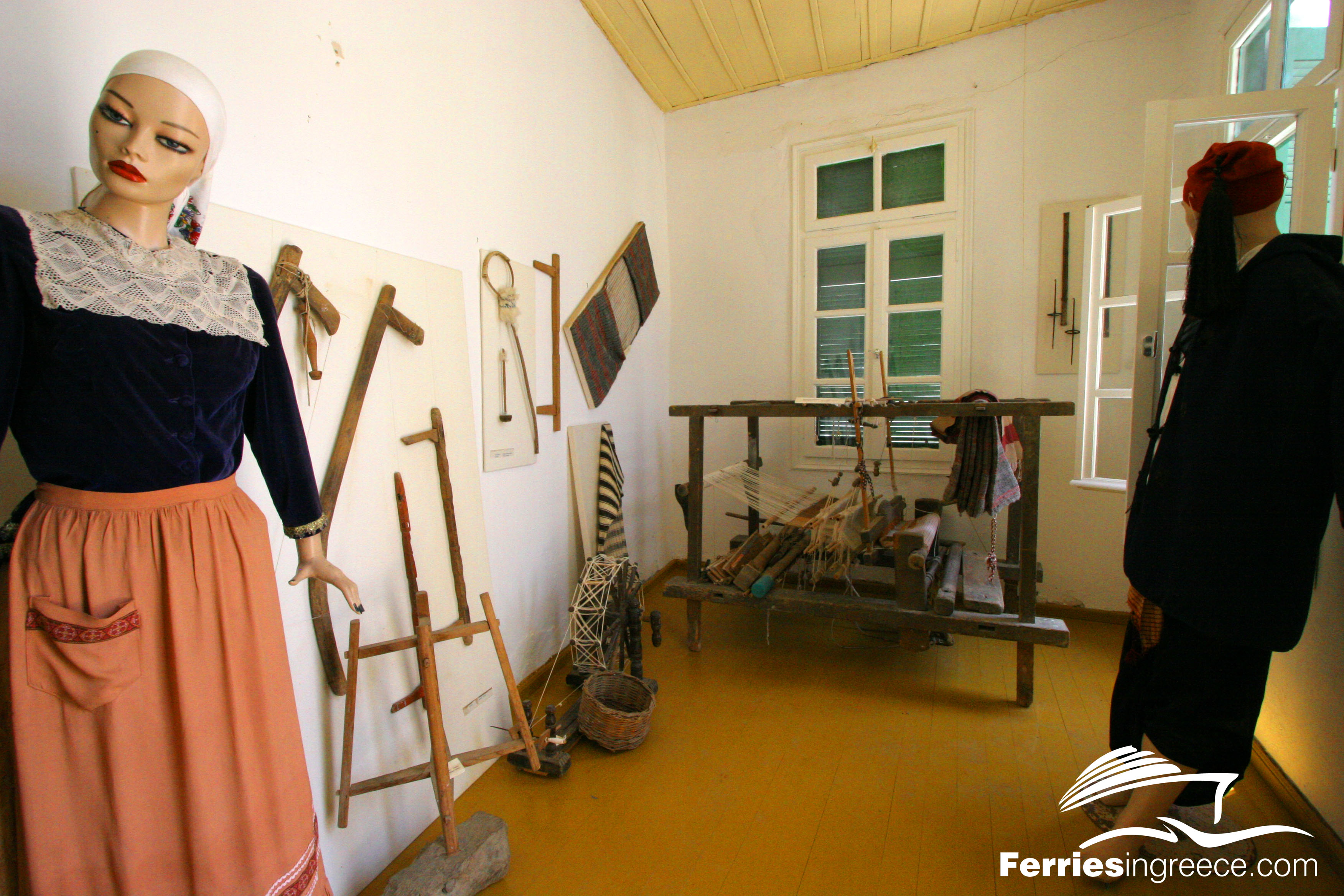 If you are interested in finding more about the way people lived on this island, you should go to Dryopida and visit Kythnos’ Byzantine Museum and Kythnos’ Folklore Museum.

Once in Kythnos, you should definitely go to its hot springs! The health benefits of having a bath in a hot spring are well-known since ancient times. Furthermore, it is said that such a bath can significantly alleviate stress. Kythnos’ has two amazing hot springs: the hot spring of Agioi Anargyroi and the Kakavou hot spring.

“Sfouggata” is the most renowned recipe of Kythnos. Sfouggata are delicious cheese croquettes made of Kythnos’ traditional cheeses. Kythnos is also known for its amazing pies such as “koukoulopita” (made of cheese, dill and scallions). “Tarachta” is yet another tasty recipe! It is actually an omelette typically made of eggs, tomato and cheese (though there are also other versions of the same recipe). 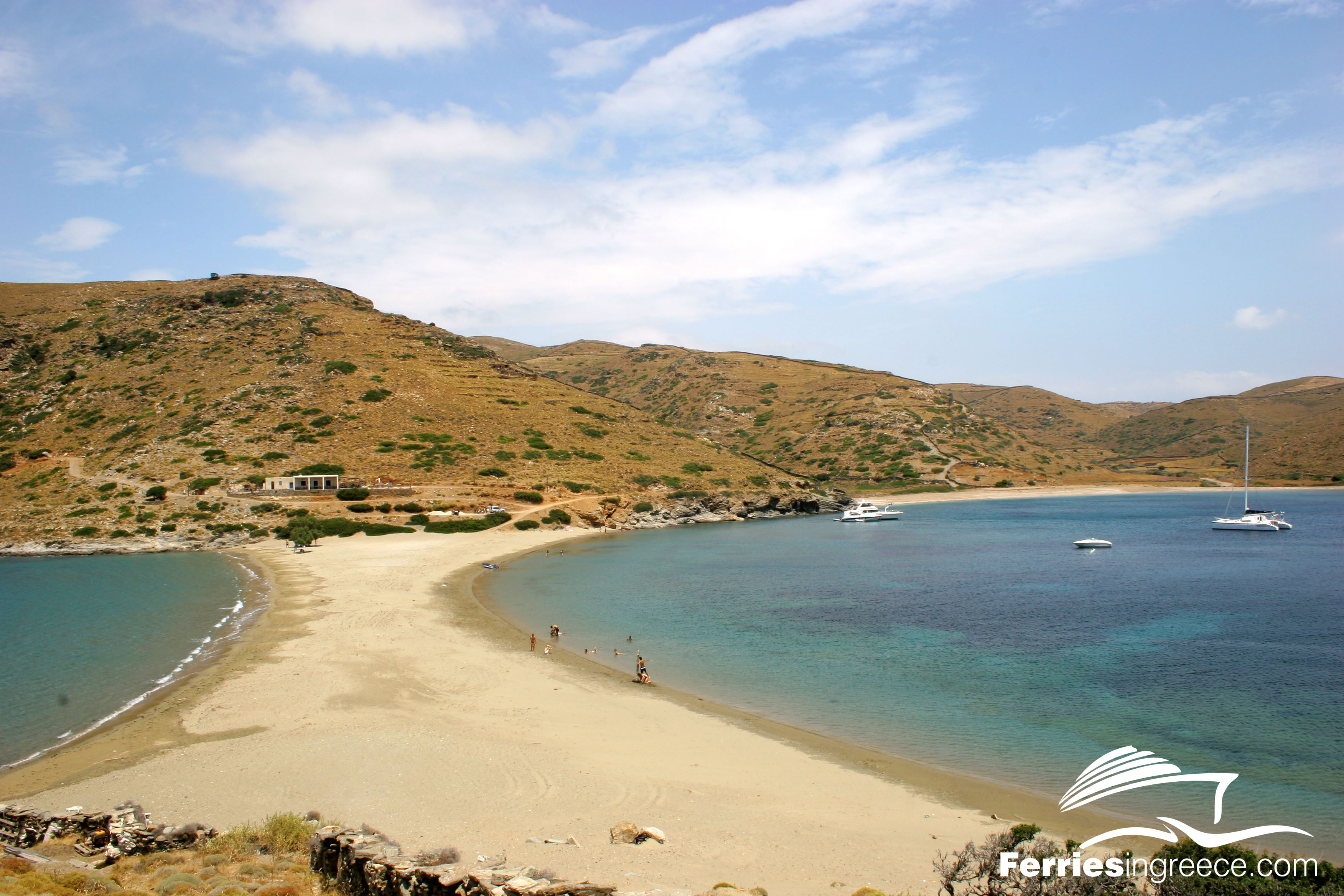 For some, Apokrousi beach is the best beach on Kythnos island. Apokrousi beach is its largest beach and it is easily accessible because it is located near Chora. Plus, situated on a bay, this beach is sheltered from the wind. Kolona beach is also great! Its lovely sand along with its pure waters can mesmerize the visitor! It is also protected from the wind and its unique characteristic is a narrow strip of land that connects Kythnos to Agios Loukas islet. Last but not least, Gaidouromadra beach is known for its transparent waters. This beach is not organized and is ideal for those who seek relaxation. 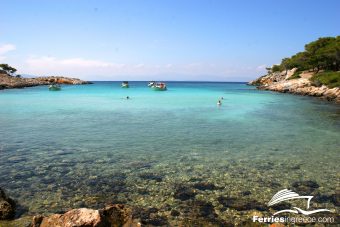 Agistri: A near to Athens Paradise

Agistri is the smallest island located in the Argosaronic Gulf, near to Aegina and only about... 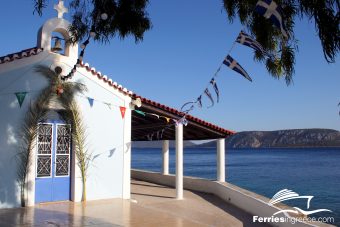 Ermioni is really near to Piraeus by ferry and during the last years, it has been... 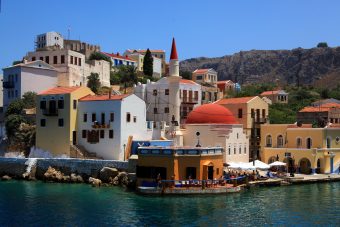 Located in the southeastern Mediterranean Sea, Kastellorizo is a peaceful and alluring island that will surprise...