Greek hidden treasures: Ikaria, the Island of the “Fallen Hero”

Ikaria or else written Icaria is a small island of southeastern Aegean, 10 nautical km southwest of Samos. It has two ferry ports, Evdilos and Agios Kirikos.

Ikaria is easily accessible by ferry but the journey is quite long of about 9 hours. Ferries to Ikaria travel from Piraeus in Athens. There also ferry connections you can use to hop to other islands near Ikaria such as Samos, Syros, Chios, Lesvos and occasionally Mykonos. 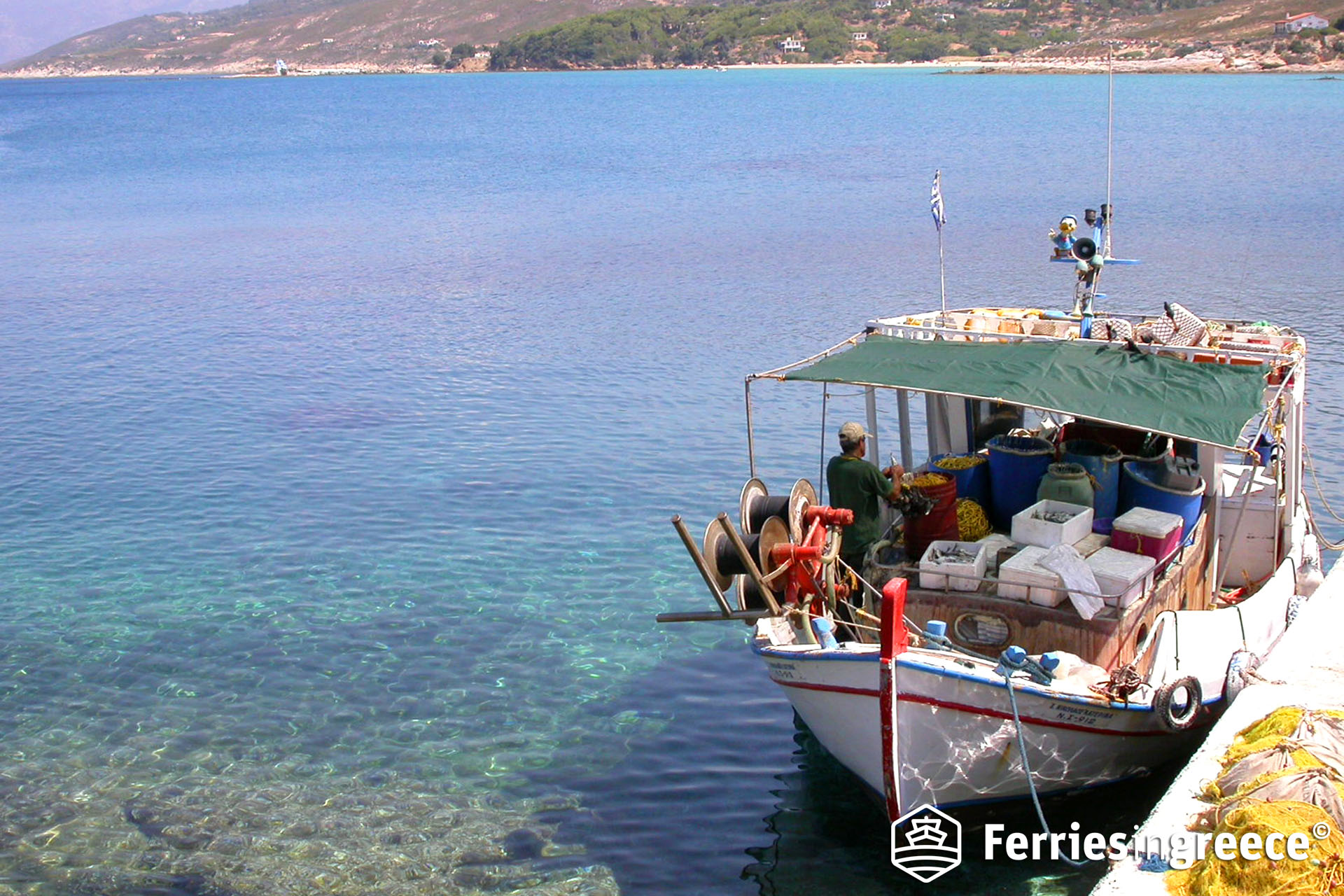 # The history of the island

The island boasts a long history and mythological value. The sea around it as well as the island itself has been named after the Ancient Greek hero Icarus, son of Daedalus who had fallen from the sky to the sea while trying to fly.

The myth of Icarus goes as follows: Icarus and his father, Daedalus, a renowned craftsman attempted to flee from Crete by building wings from wax and feathers when the latter was trapped in the Labyrinth by the Minotaur. Before they tried to fly together, Daedalus warned his son to avoid flying too close to the sea or the sun because if he did either, the wings would be destroyed.

However, Icarus flew too close to the sun despite his father’s warning and the wax from his wings melt resulting in him falling in the sea. From this myth, the area has been named the Icarian Sea and the island took this name in his honor.

# What to do in Ikaria 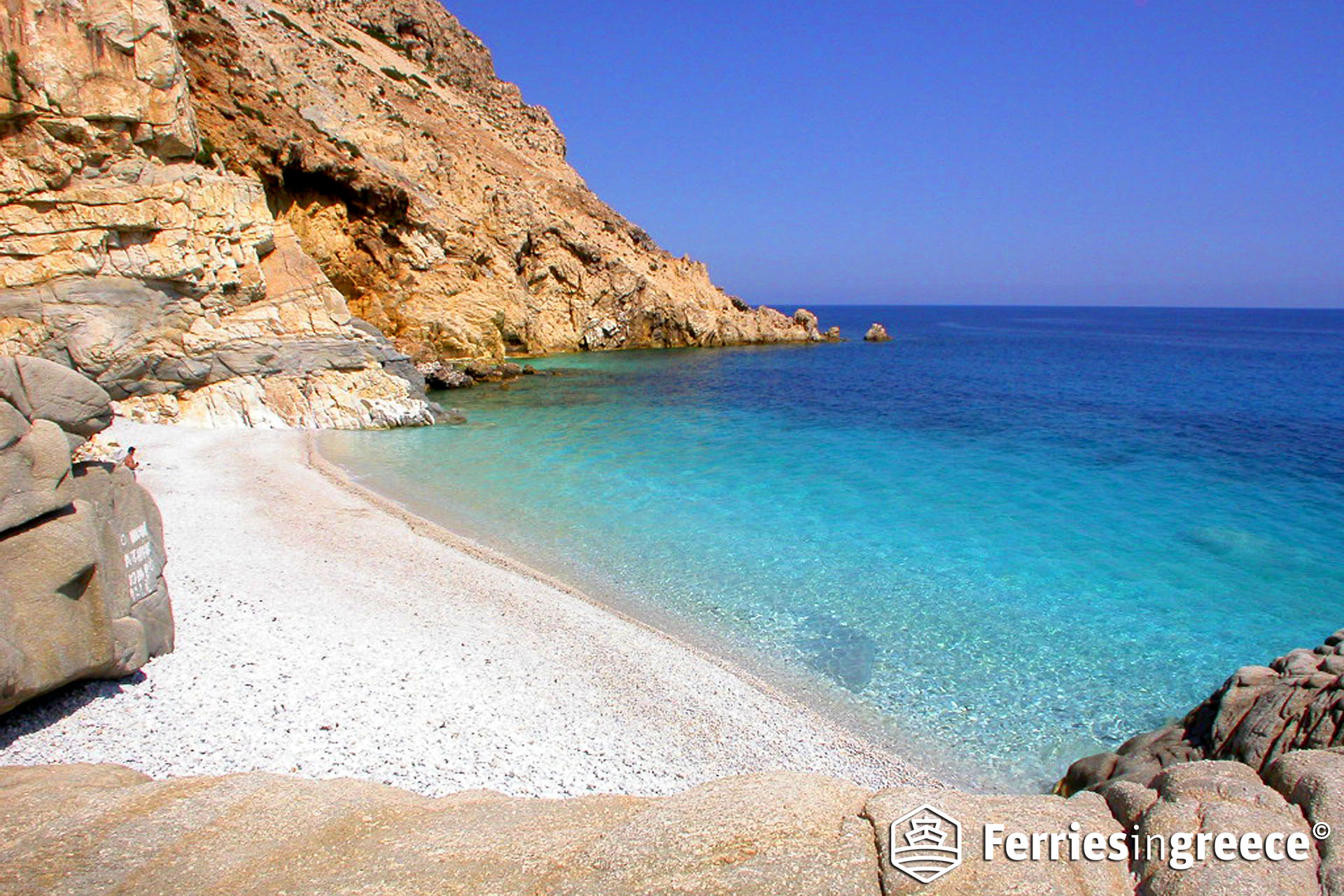 Apart from its rich cultural heritage, Ikaria is an island of amazing beauty where you can relax and kick off all anxieties. Ikaria is unspoilt with majestic mountain landscapes, beautiful beaches, hot springs and warm hearted people who are famous for their longevity.

Ikaria has managed to keep its own traditional style and local colors, while keeping a balance between contemporary development and personal character, accepting many tourists every year but still retaining its customs and traditions. In Ikaria, you can enjoy various fairs and local feasts (the so called panigiria), enjoy local food and why not open a discussion with the hospitable natives in a kafeneio (traditional cafe).

Moreover, the landscape of Ikaria allows many activities such as trekking, hiking, sailing, diving, fishing, cycling, kayaking and pretty much anything you can think of. The interchangeable scenery with mountains and beaches and dirt roads, offers you the chance to explore the island with the bike or a 4×4. Island hopping by ferry is also a very nice option for those who want to have a unique experience of the sea. Mykonos, Patmos, Samos and Fourni are amongst the most popular nearby islands some of which are cosmopolitan and some others offer relaxation.

# Top sights of the island 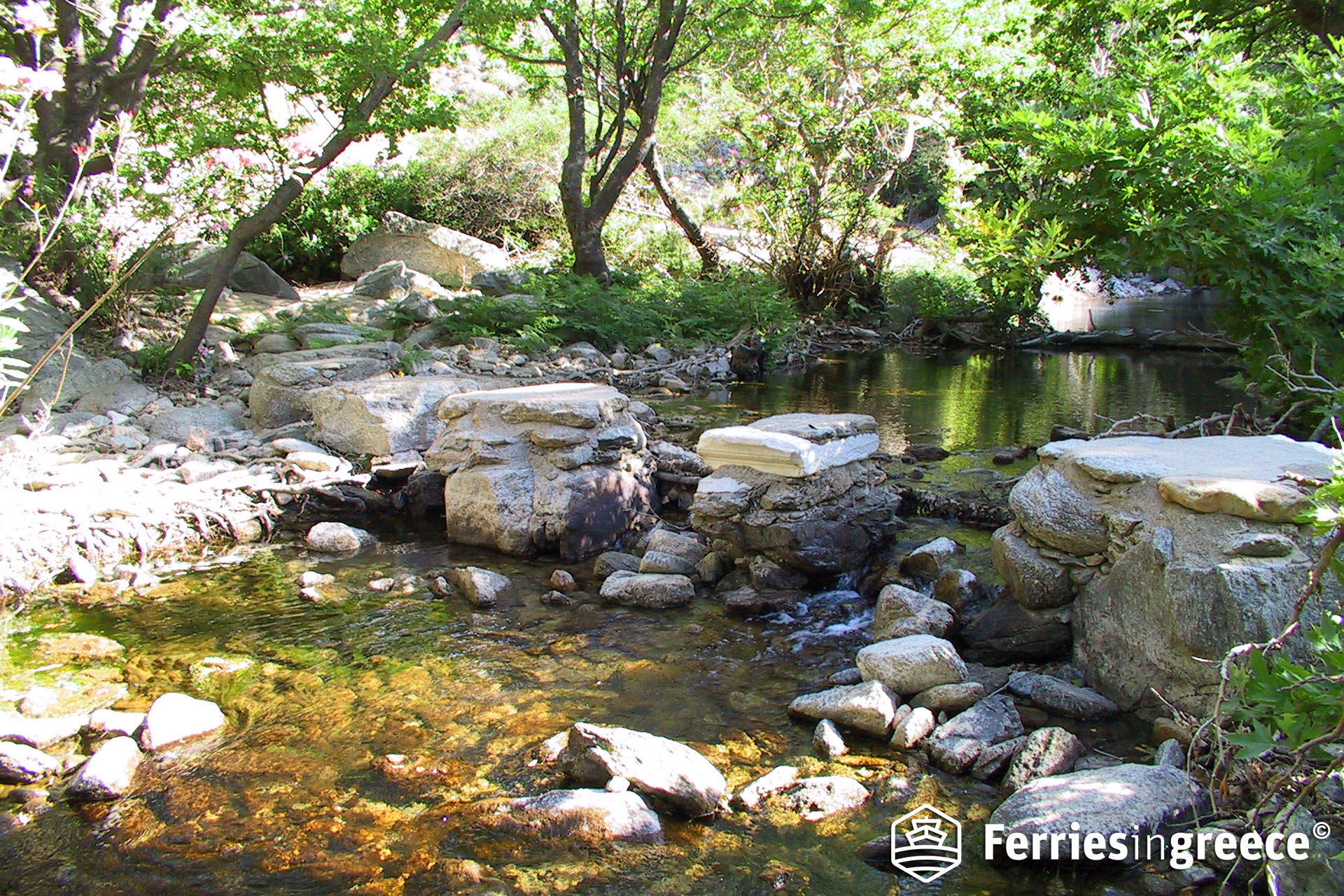 Ikaria also features sights which are scattered around the island including Therma with the rejuvenating hot springs, the archaeological site of Nas or the ancient Drakano Fortress.
The hot thermal spring in Therma, contribute to the fame of the island as a curative destination. People come from all over the world and Greece to help cure various health problems ranging from rheumatisms to neurological disorders or even seek mental balance. The hot springs of Ikaria are very high in temperature and radioactivity and you can find private and public ones.

The archaeological site of Nas, or else the Temple of the Ikarian Artemis is a site featuring the remnants of the homonymous temple built in the 6th century BC for the goddess Artemis (the protectress of sailors, hunting and animals). Although the temple was built by the first people who inhabited this area of Ikaria, the temple was later demolished by the Christians around 1830, but can still be visited and admired especially from the beach. While on the site, do not miss to visit the Nas Beach nearby.

Drakano Fortress is one of the most well preserved fortresses of the Athenian military that used to work as a watchtower and fortification in the ages of Alexander the Great. It was built around the 4th century B.C. The tower was partly destroyed by Greek naval forces in 1827 but you can still visit the rest of the fortress after a 15 minute walk from where the dirt road to the village of Faros ends.

More: If you like what you’ve read, why not explore more information about the prosperity and long living of the people of the happy island of Ikaria: theguardian.com/ikaria-greece-secrets-age 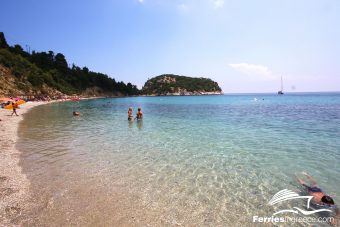 Skopelos: Discover the Top 5 beaches of the island

The main feature of the coasts of Skopelos is its turquoise waters and green landscapes, that’s... 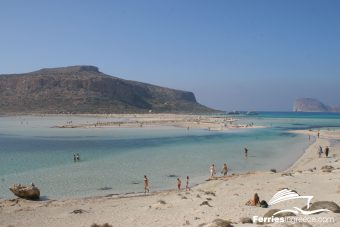 Why visit Crete this summer 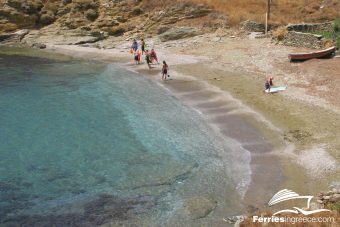 Kea: A treasure next to Athens

Kea or “Tzia” as it is mostly known, belongs to the Cycladic island complex and is...