Ferries to Ionian islands: where do they depart from? 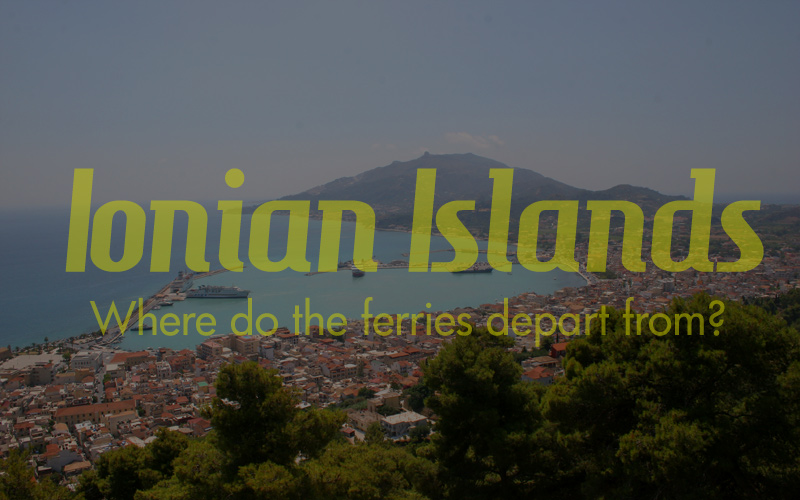 The Ionian Islands are located on the western side of Greece and most of them have developed into popular tourist destinations. With a strong Venetian influence in culture and hosting some of the most exotic beaches in the country, there is no wonder why the Ionian islands is the most popular group after the Cyclades. Due to their geographical location, ferries to Ionian islands depart from ports in the western side of the country, not from Athens.

Ferries to Corfu depart from the port of Igoumenitsa, north western Greece, almost every hour. There are also ferries from Patra, the third largest Greek city, to Corfu that usually depart every day at midnight. There is no ferry connection between Corfu and the other islands of the Ionian Sea, except for the island of Paxi. Hydrofoils depart three or four times a day from Corfu to Paxi.

The main port of Kefalonia is Poros, which is connected by ferry to the port of Killini in Peloponnese three to four times a day. There are also ferries to Kefalonia (port of Sami) from Patra. During high season, there is a ferry from the port town of Astakos in western Greece to Kefalonia and Ithaca. Regular routes between Kefalonia (port of Fiscardo), Lefkada (Vassiliki) and Ithaca (Frikes) also run in summer. In high season, visitors can take the ferry from the port of Pessada in southern Kefalonia to Shinari in Zakynthos.

Ferries to Zakynthos are only available from the port of Kyllini on the western side of Peloponnese. Travel time is only one hour. In summer, there is daily ferry connection between Shinari in northern Zakynthos to the port of Pessada in Kefalonia.

Ferries to Paxi are available from the port of Igoumenitsa in western Greece. There ferries are large and carry both passengers and cars. There are also ferries from Corfu to Paxi, but they carry only passengers (hydrofoils).

Ferries to Ithaca depart from the port of Patra in northern Peloponnese. This ferry also connects Ithaca to Kefalonia (port of Sami). In summer, there is a ferry departing from Astakos, a small town in western Greece, to Kefalonia (Sami) and Ithaca (port of Pisaetos). In high season, there are also ferries between Ithaca (port of Frikes), Lefkada (port of Vassiliki) and Kefalonia (Fiscardo). 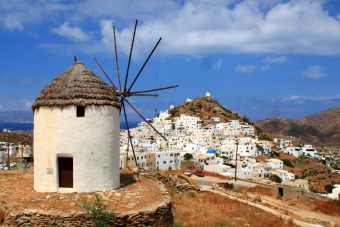 The Cyclades is the most popular island complex in the Aegean Sea. The group took its... 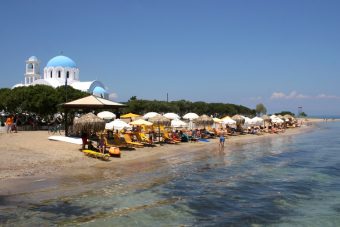 Islands close to Athens by Ferry

Located in the center of Greece, Athens is the main gateway to the Greek islands. Most... 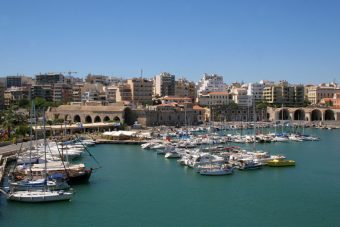 Travel by ferry to Crete

With millions of visitors every summer, Crete is connected in many ferry schedules to Athens, other...