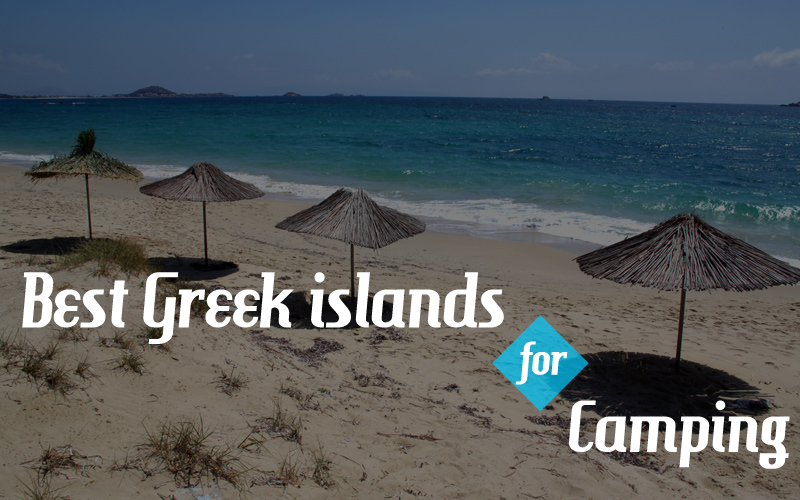 The Cyclades is the most popular and characteristic island group in Greece. Santorini, Mykonos, Paros, Naxos, and the other Cyclades islands are among the most photographed places in Greece. Located in the center of the Aegean Sea, the islands of Cyclades are frequently connected by ferry with all three ports of Athens: Piraeus, Rafina, and Lavrion. The routes and speed of these ferries vary depending on the ferry company. Here are the most important ferry companies that operate Cyclades ferry routes.

Blue Star Ferries is the largest ferry company in Greece and covers the most popular Cyclades ferry routes. Its ferries are large and comfortable, running with normal speed (not highspeed). This means, for example, that they cover the distance from Piraeus to Santorini in 9 hours and from Piraeus to Mykonos in 6 hours.

The ferries of Blue Star depart cover mostly islands in the central and eastern side of Cyclades, including Santorini, Mykonos, Syros, Paros, Naxos, and others. There are daily ferries all year round operated by Blue Star for the most popular islands in Cyclades Greece, departing from the port of Piraeus. Three times per week, there are also ferries to smaller islands, such as Koufonisia, Donoussa, and Amorgos.

In summer, there are also ferries of Blue Star departing from the port of Rafina, located on the northeastern side of Attica, close to Athens airport.

Hellenic Seaways is also a large Greek ferry company. Although it operates about the same Cyclades ferry routes as Blue Star, the ferries of Hellenic Seaways are faster (highspeed). For example, they cover the route from Piraeus to Mykonos in less than 4,5 hours. Its ferries depart both from the ports of Piraeus and Rafina.

Sea Jets is a busy ferry company that covers almost all islands of the Cyclades (except Andros and Syros). Its ferries are smaller and faster than the ferries of Blue Star and Hellenic Seaways. To set an example, the Sea Jets ferry covers the distance from Piraeus to Mykonos in 2,5 hours and from Piraeus to Santorini in 4.5 hours.

As the Sea Jets ferries are faster, the ticket cost is also more expensive (about 50-70% more expensive than the tickets of normal ferries). Ferries of Sea Jets depart from Piraeus and also from Rafina in the high season.

Due to the high number of Cyclades ferry routes, Sea Jets is a very convenient company for inter-island connections. This is also the ferry company that daily connects Cyclades (mainly Santorini island) with Heraklion port in Crete. 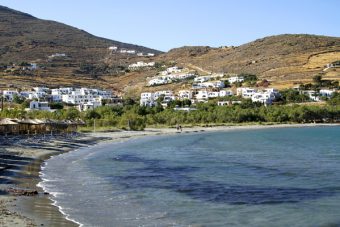 Ferries to Tinos, the island with the religious...

Tinos is a beautiful island in the northern part of the Cyclades. This is actually the... 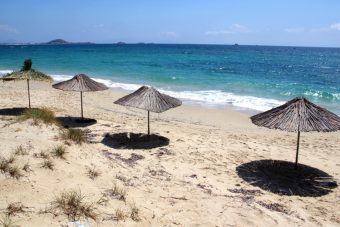 If you are a fan of camping, you can surely enjoy unlimited freedom and relaxation with... 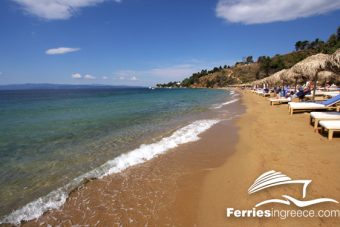 Ferries to Skiathos, the island with the golden...

Skiathos, a beautiful island with lush greenery and exotic beaches, belongs to the Sporades complex in...