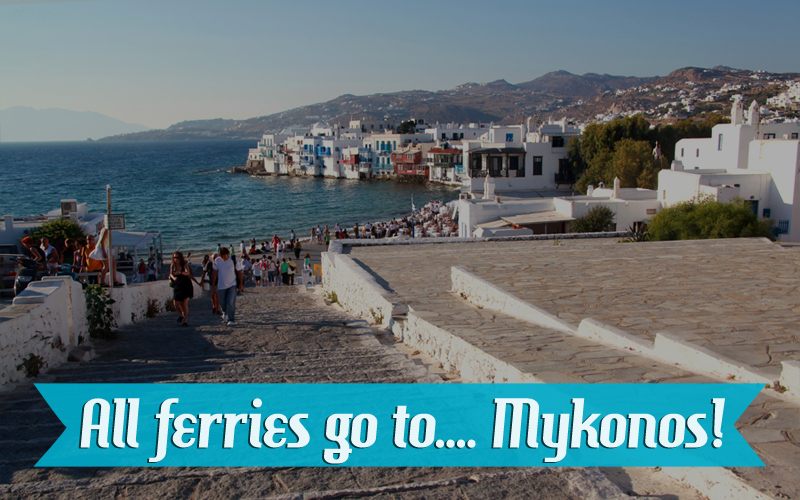 Mykonos is a very famous Greek island and among the top tourist destinations in the world. This island is part of the Cyclades group and gets very popular all through the summer period, from April to October. The most characteristic features of Mykonos island are the vivid nightlife with bars and clubs that stay open till the early hours, the picturesque Cycladic architecture and the stunning beaches with the crystal blue waters.

As this is an island that receives millions of tourists every summer, it can be accessed by plane or ferry. Ferries to Mykonos are frequent and depart from various Greek ports.

Ferries to Mykonos from Athens

There are daily ferries from Athens to Mykonos, both from the ports of Piraeus and Rafina. In the summer season, ferries from Piraeus to Mykonos depart 2 or 3 times a day and pass from many other Greek islands on their way to Mykonos. The ferry time depends on the vessel and the route, but generally, it varies from 4 to 5https://www.ferriesingreece.com/destinations/piraeus/ hours.

More ferries to Mykonos depart from the port of Rafina, on the northeastern side of Athens. This port has developed a lot over the last few years due to its close distance to the airport of Athens (15 min by taxi and 30 min by bus). Rafina serves mostly tourists who arrive at the Athens airport and then take directly the ferry to the Greek islands, without spending any day of sightseeing in Athens.

Ferries to Mykonos from Rafina depart all year round, following the route Rafina-Andros-Tinos-Mykonos. However, in summer, there are about 5 to 6 schedules to Mykonos from the port of Rafina. Ferry time depends on the vessel and varies from 2 hours at high speed to 4 hours on a normal ferry.

As the island gets very popular, passengers are advised to book at least 2 months before the trip, especially if they are traveling during the high season (July and August). Ferry tickets to popular Greek islands like Mykonos may run out quickly.

From Mykonos to other islands

The port of Mykonos gets very busy and serves as a transportation hub for the islands of the Aegean Sea. There are ferries to Mykonos from all the popular Cyclades islands, including Santorini, Naxos, Paros, Milos, Tinos, and Syros. There are also ferries from Crete to Mykonos, in particular from the port of Heraklion. In addition, ferries run between Mykonos and islands of the Dodecanese or Eastern Aegean, such as Rhodes, Kos, and Samos.

The two ports of Mykonos

Mykonos island has two ports: the old port in Mykonos Town and the new port in the region of Tourlos, 2 km from Mykonos Town. Most ferries and cruise ships arrive at the New Port, which is larger and has more marinas.

The old port serves mostly excursion boats, but it may happen that some ferries depart from the old port of Mykonos, instead of the new. This happens usually with small ferries, like the vessels of the ferry company Sea Jets. Therefore, regarding your ferry trip to Mykonos, always make sure which port you depart from to avoid any last-minute stress. 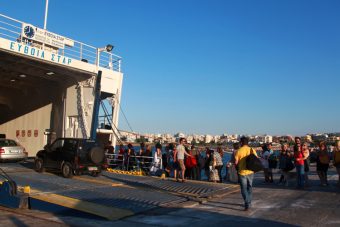 Why ferries from Rafina can be more convenient ...

Over the last years, more and more ferries are departing from the port of Rafina, a...

Taking the ferry is the primary means of transport to and from all the Greek islands.... 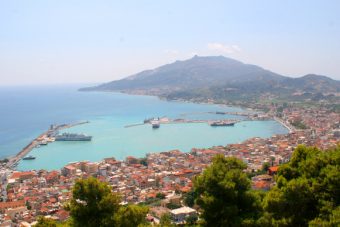 Ferries to Ionian islands: where do they depart...

The Ionian Islands are located on the western side of Greece and most of them have...